Now be it resolutions or goals we are creatures who love a good list, so I though I’d do you one of my own: My very own highly anticipated film list of 2018.

Now there will be films I leave off here, glaring omissions some might say, but I base this list on the feelings I have about the films, the footage I have or have not seen yet, and the stories I have heard about production (this is basically why Solo: A Star Wars Story isn’t on my list)

But anyway, here we go:

Do you remember Ex Machina the fabulously eerie & tense sci-fi brought to us by writer-director Alex Garland? Well this is his next film. Add fucking strong female cast (Natalie Portman, Tessa Thompson, Jennifer Jason Leigh) as well as Oscar Isaac to the mix and I am stoked!

I deliberated a while between this and Ready Player One, but the fact remains Damien Chazelle has never produced anything that I haven’t loved, and Tye Sheridan (the Lead of Ready Player One) is meh. Damien Chazelle is the Director of Whiplash, La La Land and now First Man, a story where he continues to look to the stars with a Neil Armstrong Biopic. Ryan Gosling is to star and the screenplay is penned by Josh Singer, writer of Spotlight…so we have multiple Oscar winners here.

Okay so this one hit the list when I saw this brutal trailer. Benicio Del Toro and Josh Brolin return with the sequel also penned by Taylor Sheridan (Sicario, Hell or High Water, Wind River). I was worried it would lose something without Denis Villeneuve’s return, but then they went and got the director of Gomorrah Stefano Sollima, and I am sold.

As to not lie to you I must inform you that I had New Mutants in this spot on the first draft of this post. However that was recent push back A WHOLE GODDAMN YEAR to make it scarier due to the success of It, so they are going to ruin that film.

Deadpool 2, however, looks fucking cool! I’m excited to see this continuation of the Merc with the Mouth’s story. The current marketing gives me the idea that it hasn’t lost a beat with the change in director and that peaks my interest. I worry that it might be a bit samey, but the addition of Domino (Zazie Beetz) and Cable (Josh Brolin) may stop that happening.

Right, I have to admit…I know fuck all about this film. But, and its a big but, Widows is a Steve McQueen (12 Years a Slave) directed heist thriller written by Gillian Flynn (Gone Girl) and led by Viola Davis. Also starring Daniel Kaluuya, Colin Farrell, Liam Neeson, Michelle Rodriguez, André Holland, Jon Bernthal, Carrie Coon, Robert Duvall, and Jacki Weaver…I mean, do I need anymore than that??

5) A Wrinkle in Time

Okay so I believe this is the biggest gamble on the list, because I don’t think this can be just good, I feel like this film will either be phenomenal or fall flat on its face. But its directed by Ava DuVernay (Director of Selma and the woman I may admire most in this world) and starring the beautiful trio you see above (Winfrey, Kaling, Witherspoon) as well as Chris Pine and a relative newcomer in Storm Reid. Lets hope she can carry this, or Ava has made it so that she doesn’t have to. 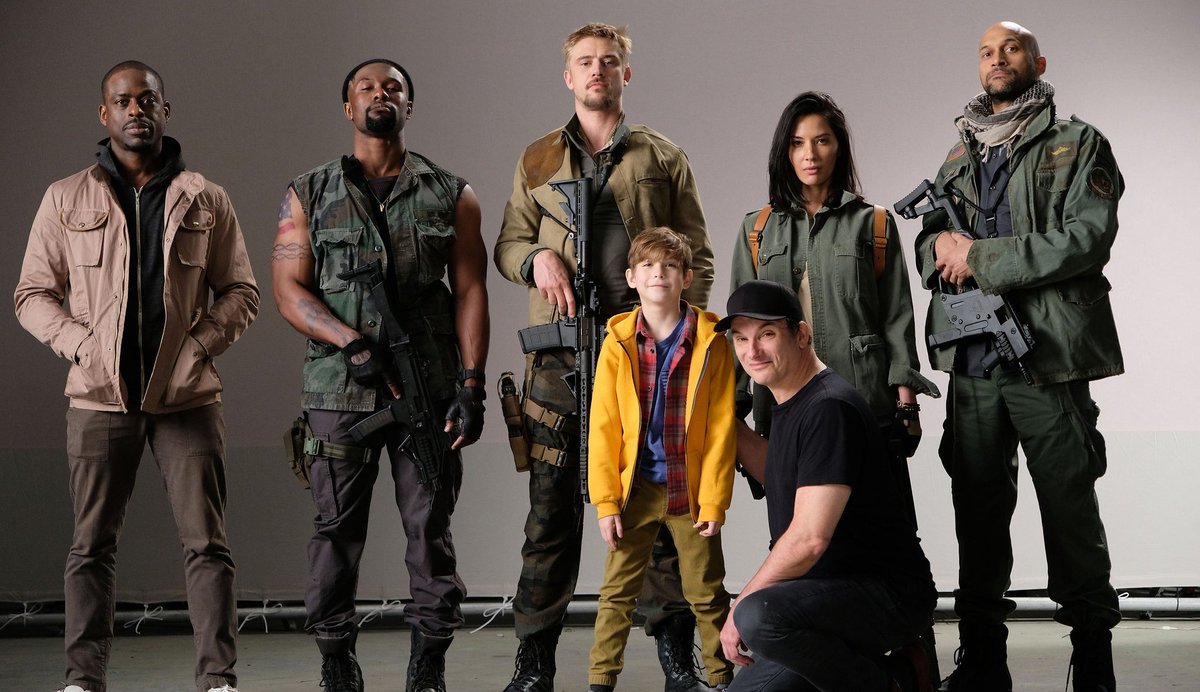 So I know what you’re saying, “Another fucking reboot!!” And yeah it kinda is, but its written by Shane Black, who wrote Kiss Kiss Bang Bang, Lethal Weapon and Iron Man 3, but also helped with the treatment of the original Predator film as well as star in it, so he has chops and passion for days. That couple with a solid ensemble and being promised a different but familiar take. My worry is that there is no one actor in this film that has proved they can lead a film…apart from the young Jacob Tremblay, but I don’t know how involved he will be in the whole plot. Only time will tell, all I know is, I FUCKING LOVE THE PREDATOR.

If you know me, you know I am a massive nerd, I love this shit the MCU is my jam and gets me in a sweaty mess at every viewing. That being said, I was MASSSIVELY underwhelmed by the Infinity War trailer…where was the fucking MOON?? Why is Thanos a weird colour? Where are his “Children”? Anyway, that’s what took this down to No.3 Anticipated rather than being no.2. but whatever happens I will probably see this at least 3 times in the cinema so who really wins eh?…oh, definitely Disney.

I WANT A FULL TRAILER FOR THIS SO MUCH!! I love the Incredibles, I would go as far as to say it’s my favourite Pixar film (and then instantly hate myself). I love Brad Bird, I love all the voices, and i’m going to love the story. Give me more, I’ve waited long enough man!

This film is everything to me, this nearly all black stellar cast, Ryan Coogler, Andy Serkis acting not in Mo-Cap, the authenticity, the power of worth shown in the trailer. This film’s trailers fill me with such emotion like no film has. I’m a MCU nerd and I’m black, the circles on a Venn diagram have never converged more than with this film.  This will always be my number 1. I’ve put the Teaser Trailer in here because its the one with the most flair.

Hope you enjoyed it.

I leave you with this: When asked why T’Challa and his people speak with an accent (and why he couldn’t just use his own) Chadwick Boseman answered simply “Because Wakanda has never been conquered” PREACH.